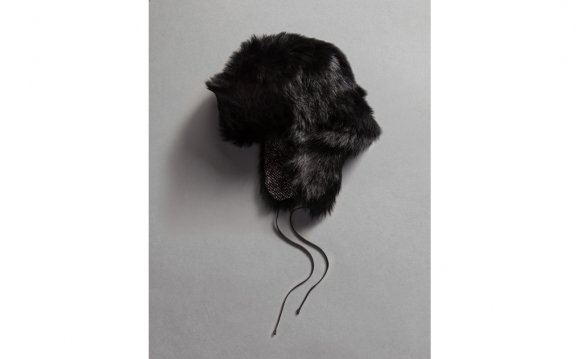 My husband’s people come from the Silk Road region of Tajikistan, where the elders pride themselves on wearing grey or black karacul hats. Football shaped, with soft fur, they give a man a look of distinction. On a recent outing to a flea market my husband stopped by a Bukharian clothes shop, where the owner had just brought back a pile of supplies form Tashkent. Upon finding a hat that reminded him of his grandfather, my husband immediately shelled out the $50 for the hat, and came home excited to show me. I put it on and he said I looked like a supermodel. Admittedly, I kind of felt like one, and started wondering where I could wear this hat. Until I read how it was made.

Feeling the “fur” of the hat, it seemed to be sheepskin, but a kind of animal skin I have never really felt before. Heading to Google I looked around using various word combinations and was aghast to learn that the hat is made from the fur of aborted lambs. The fact that the lambs are not permitted to be born gives the fur an extra “virgin” quality.

A Karakul (Qaraqul) hat (Urdu, Pashto, Persian: قراقلی) is also known as Jinnah Cap in Pakistan for its frequent use by the country’s founder Mohammad Ali Jinnah.

Shepherds in northern Afghanistan slaughter the mother and then remove the fetus, whose downy fur is incredibly smooth because it has never been exposed to the air or sun. Sometimes shepherds wait for the ewe to give birth before killing the lamb.

In defence, a local is quoted in the same story criticizing the way Americans slaughter and eat cows.

More info about these hats and the culture of them are needed. It would be strange to see PETA throwing paint on Afghanis wearing karacul hats, but wearing them certainly goes against PETA’s mission to safeguard animal rights.

In Afghanistan, for instance, where the karacul hat was in fashion, people have started to wear turbans instead to stop the unnecessary killing of fetal lambs according to one source I read (can’t find link).