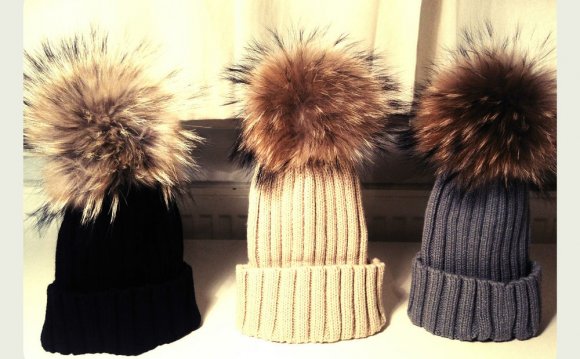 Several of you emailed to let me know it was not a new hat and that the Queen had worn it back in 2009 with a magenta coat.

The shape of these hats, however, looked very different to me.

Some of you argued that it looked different because the Queen was wearing it higher on her head or that the fur had been brushed in a different direction. It took a little bit of digging until I found the following photo (taken on Christmas Day 2002), confirming the two hats are indeed different.

This hat was obviously made to coordinate with the Queen’s magenta and black coat. I don’t know the designer of this hat but it’s previous outings include: ; ; ; ;

That leaves the hat she wore on Christmas Day this year… which I believe is the same one she wore back in February 2005. These are the only two times I can find the Queen wearing this hat- if you know of any others, please share them with us!.

On a side note- you’ll note that the jewelry worn on these two occasions is identical!

Update: Reader George A graciously shared a photo he took in January 1997 at Sandringham. It does appear to be the same hat paired with a different coat. All three of these hats share a unique ‘peak’ in the center which makes me think they are the same hat.

Black magic woman: Jennifer Lawrence glams it up in hat ...