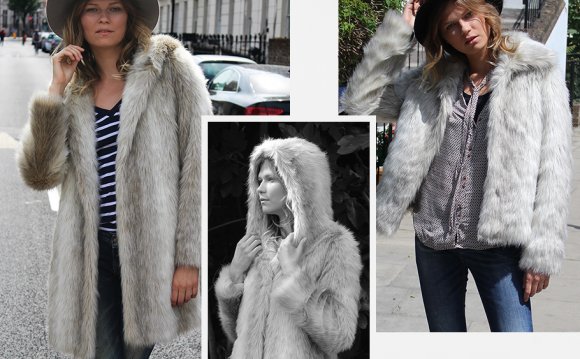 For some - including style icons such as Anna Wintour, Rihanna, Beyoncé, Madonna and Jennifer Lopez - it seems fur, far from a dirty word, is a highly covetable part of a fashionista's winter wardrobe.

And it's a lucrative market. Over 400 catwalk labels currently use fur in their collections and, since the millennium, the global fur market has almost doubled from £5.7 billion to £9.4 billion.

Luxury fashion houses such as Prada, Chanel, Burberry, Fendi, Maxmara and Gucci have long used premium pelts - such as sable, mink and chinchilla - but it's only recently that sales have started growing exponentially.

Now younger, more contemporary - and often more accessible - designers including Isabel Marant, Diane von Furstenberg, Christopher Kane, Erdem, Jonathan Saunders, Alexander McQueen and Roksana Ilincic (some of them favourites of the Duchess of Cambridge) have shown catwalk pieces trimmed with or made from real fur.

So why has fashion fallen back in love with fur?

Less than two decades ago supermodels including Christy Turlington, Cindy Crawford and Elle Macpherson said they'd 'rather go naked' than wear it.

The upsurge in popularity is an unintended consequence of shoppers' love for fake fur. For years now, High Street chains have been churning out faux-fur coats at pocket-money prices.

In turn, a number of celebrities paraded vintage garments - both faux and real - and made the fur 'look' desirable.

Even little Harper Beckham was seen sporting a realistic-looking fur-trimmed hood when in London with her family earlier this month.

High-end British brands, the likes of Jaeger and Joseph, have long sold fur, and on their rails it is possible to find £995 raccoon skin jackets, £1, 600 panther-print rabbit-fur coats and £299 rabbit-fur shrugs.

Burberry sells a vast range of garments with a variety of fur trims, while a designer childrenswear brand offers £230 raccoon-trimmed duffle coats for girls aged three.

And where designers lead, the High Street is quick to follow.

Trendy store The Kooples stocks a parka trimmed with raccoon fur (£282), while at Comptoir des Cotonniers you can pick up a coat with a rabbit fur collar for £120.