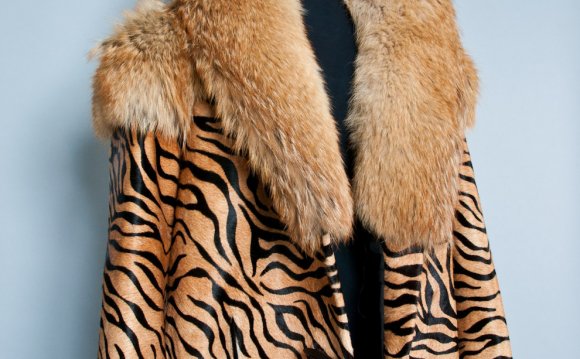 It’s been three long years since Macklemore & Ryan Lewis released their Grammy-winning debut album The Heist, and another two since they've toured. But the day finally came when the duo announced an intimate U.S. tour for early 2016 after the release of their latest single “Downtown.” Their first stop was in Phoenix, Ariz., last night (Jan. 9), and since it set the bar for the rest of the tour, the pressure was clearly on. So for their first tour date, the Seattle twosome stuck with what works.

Coming out in a simple white tank, jeans and a letterman jacket, Macklemore looked at home on stage backed by a small brass band, three singers and an elevated Ryan Lewis playing the drums and keyboard. After starting off with the slower “Ten Thousand Hours, ” Macklemore and Lewis thanked the crowd for selling out their first night on tour and for sticking with them after being in the studio for over a year. They immediately launched into “Thrift Shop, ” which left the crowd on its feet the entire night.

A new addition to the crowded stage were three hip-hop dancers who appeared for about half the show. One highlight of the night was hearing Macklemore talk about his young daughter, Sloane, like the proud dad he is. In a slower, stripped down portion of the evening, Lewis and most of the band left the stage to hear Macklemore perform “Growing Up, ” a track he wrote with U.K. crooner Ed Sheeran, and listen to him passionately talk about marriage equality before emotionally rapping “Same Love” to an agreeing, screaming crowd of 5, 000 people.

The best part of the night, however, was when Foxy Shazam’s Eric Nally popped out on stage to perfectly belt out the chorus of “Downtown, " adding even more energy to the already amplified show. Macklemore let Nally own the stage as he stood on top of a piano and repeated the dance moves from the single’s wacky music video.

It was no surprise that Macklemore’s alter ego, Sir Raven Bowie (the alleged child of Samuel Jackson and Lady Gaga), made an appearance in the set. Decked out in a shimmering gold cape, aviators and a blonde mullet wig, Raven Bowie made the crowd laugh and scream louder than they had all night while he sang “And We Danced.” Soon after Bowie disappeared, Macklemore came back out on stage to perform a brand new song for the crowd. He then closed out the night by showing off his ethnic pride in “Irish Celebration” and with a final sendoff of “Can’t Hold Us.”

Those hoping for a big look at the new album were let down. This night was more-or-less a repeat of the duo’s tour two years ago with a few newer songs thrown into the mix, and a just little less confetti - and no fur coat.

Before jumping off the stage, Macklemore left fans with one last promise: “Just know, there is a new album.” Let’s hope it comes soon.