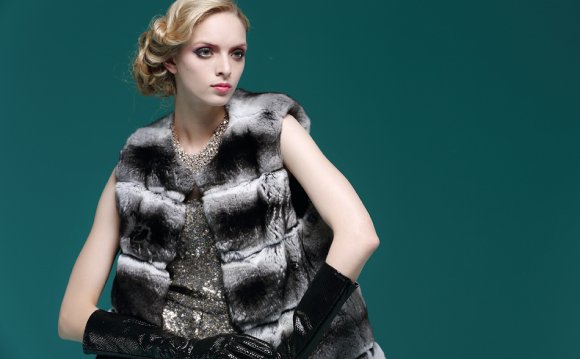 Maurice White, 42, of 23 N. Columbus Place, Mount Vernon, N.Y., was charged Wednesday with first-degree larceny and conspiracy to commit larceny, felonies, for his role in the theft. He was already in jail on Long Island for a similar crime.

On his arrest sheet, White, who is married, describes his occupation as “cinematographer.”

According to court papers, White managed to run away from police pursuit in New Rochelle, N.Y., after taking the stolen merchandise from Saks. He got caught pulling a similar “hit-and-run” larceny at a store on Long Island just days after the theft in Greenwich, according to authorities.

According to the arrest warrant, White entered Saks and went over to a line of fur coats on a rack. When he put his arms around the vests, a store employee approached and asked what he was doing. “I’m doing a fashion show, ” he responded before bolting out the door with the merchandise, according to the arrest warrant. A store employee managed to snag one fur vest from White’s grasp before he made it out of the store.

The suspect ran with the jackets — one chinchilla, the rest made of rabbit fur — and drove off in a waiting Dodge Charger, with Norman at the wheel, according to police. The value of the merchandise was in the , 000 range.

State police pulled over the vehicle in New Rochelle, where Norman was taken into custody. But as Norman got out of the car, authorities said, White jumped into the driver's seat and sped away.

Troopers pursued the vehicle onto New Rochelle city streets, according to New York State Police. White allegedly hit a marked police car, by turning around and hitting it head-on, disabling both vehicles, then reportedly fled on foot. The fur vests were recovered in the vehicle.

Greenwich detectives went to the Westchester County Jail to interview White. “I ain’t talking, ” they were told, according to court papers.

Police said Norman and his Dodge Charger were involved in a heist at Bloomingdale’s in White Plains, N.Y., last November.