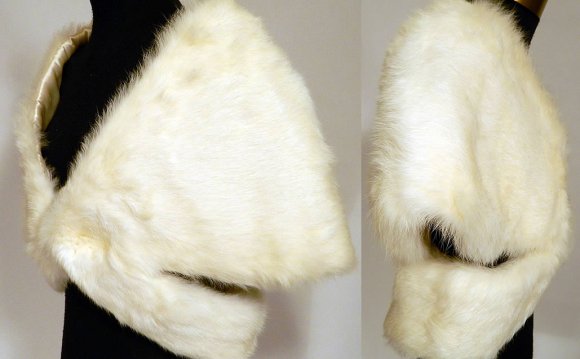 The killing of rabbits for their fur is the fastest growing part of the global fur trade, yet little is known about it. 50 million animals are slaughtered worldwide each year for their fur but this figure does not even include rabbits as accurate figures are hard to come by.

Around the world most systems of animal factory farming - such as battery hen cages, foie gras production, mink fur farming - have been the subject of detailed scientific studies, campaigns by animal rights groups and even government bans. Meanwhile, the factory farming of rabbits for their fur and flesh has received little attention . until now.

The Coalition to Abolish the Fur Trade (CAFT) have infiltrated and exposed this hideous trade. A trade where millions of rabbits are confined to bare wire cages, kept as breeding machines, their throats slit and their furs turned into boots, hats, gloves and trim for jackets.

Rabbits are social animals who, in the wild, live in large groups and build complex warrens to live in. There's nothing more rabbits like to do than play, run, jump and groom one another. They are intelligent creatures and can live up to 10 years old. But for the millions of rabbits to be killed for someone's vanity and palate, life couldn't be any more different...

There are two main breeds in the commercial rabbit farming industry: Rex and New Zealand White (or California White). The Rex is bred specifically for her fur and white rabbits have traditionally been bred primarily for meat. There is also another breed, the Orylag, bred for both meat and fur, farmed only in France.

All breeds are kept in a battery style system of bare wire mesh cages, with little space to move, never mind stretch out, play, hop or even sit fully upright. In some cases, caged rabbits can develop deformations of the spine.

Cages for single rabbits, such as those bred for their fur, have the floor space of about two shoeboxes. Cages with groups of up to 12 rabbits may only be a third larger.

Mothers are kept separated from their kits and only allowed into the nursing area to feed them. Whilst the mothers would nurse the kits infrequently in the wild, the fact that she is not in control of when she can nurse her babies will cause stress. When the mother is under stress she may also eat her young.

There are two breeds of Rex bred for fur: Castor Rex (a brown colour) and Chinchilla Rex (which is the same colour as chinchilla and is sometimes used as a cheaper alternative to expensive chinchilla fur).

Taken from their mothers at 4 weeks old, the rabbits are then caged with siblings for another 3 - 4 weeks before spending the next 6 - 7 months in solitary cages to prevent fighting and damaging the pelt. They are killed after shedding their first winter coat, when the fur is much thicker.

Breeding animals are kept for up to 3 years and the mothers are re-bred from 1-3 weeks after giving birth and will usually give birth twice a year.

The New Zealand or California White rabbit has traditionally been bred for their meat. They are kept with their mothers to around 4 - 5 weeks old, then moved with siblings to a fattening cage, where they will stay until 10 - 12 weeks old when killed.

The primary focus of farming this breed has always been for meat and slaughterhouses often threw the fur away. In recent years an increase in the demand for cheap rabbit fur has led to more slaughterhouses selling the pelts.

Orylag rabbits are only bred on 20 farms in France, having been genetically manipulated and developed by the French National Institute for Agricultural Research (INRA). The farmers have to work in line with the policies of the Orylag co-operative, which has a €3million annual turnover and deals with designers such as Fendi, Dior, Channel, Hermes, D&G, amongst others.

60% of the profits from Orylag rabbits comes from their fur and 40% from the meat and this is considered to be the future of rabbit farming.

The mother will usually have around seven young, but as many as 12. She is re-mated a few days later by artificial insemination. Her babies will stay with her until 4 weeks old, then moved into cages with their siblings until 7 weeks old then moved into single cages to prevent fighting.

The rabbits are killed at 20 weeks of age and this takes place throughout the year rather than at one set time.

Mortality rates are high for both Rex and white rabbits - usually between 10 - 15%. Mortality for Orylag rabbits is 25 - 30%. The farms account for this loss without affecting their profit margin. This is a far higher mortality rate than in other commercial animal farming. The rabbits mostly die from respiratory disease.

It is very common for rabbits to die en route to slaughter and rates as high as 7 or 8% have been reported [1]. This is often due to the way the rabbits are tightly packed in; viruses can be easily spread and poor ventilation causes respiratory failure. Broken bones and traumatic lesions are also common, due to bad handling.

Slaughter methods observed by CAFT investigators at European rabbit farms varied. Some animals were killed on the farm by being hit over the back of the head with a heavy stick before having their throats slit. Commercial slaughterhouses stunned the rabbits with electrical devices and again slit their throats.

At one slaughterhouse filmed by CAFT, at which 9, 000 rabbits were killed each day, rabbits were held in crates piled eight high in view of those being slaughtered. Covered in faeces and urine from rabbits in crates above them, some were clearly still alive as they bled to death.

Rabbits are bred in bare wire cages, creating both physical and behavioural problems.

The mesh flooring of the cages causes damage to the feet of the rabbit and this can result in sore hocks (ulcerative pododermatitis), leading to infections and abscesses. Research carried out in 2004 found that up to 15% of does suffered from sore hocks [2] and up to 40% had paw injuries that were sufficiently serious for them to show signs of discomfort [3].

The stench of ammonia from the urine soaked floors, which tends to overpower any other odour in a commercial rabbit unit, can irritate the eyes of the rabbits and lead to painful infections.