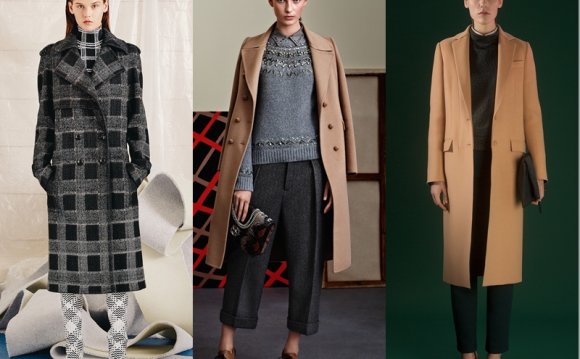 In the old days, women went to a dressmaker and men went to a tailor. The two traditions were totally different, and never the twain would meet. Even the shape of thimbles used by the two are different.

However, in the late eighteenth century it became fashionable for women such as Marie Antoinette to go to a men's tailor to have their riding habits made.

As the nineteenth century progressed, and with it women liberation spread, women started to go increasingly commonly to their menfolk's tailors to have coats and suits made up. This is why many styles of women's suits are referred to as being in a masculine style or even "man tailored".

This has resulted in a blurring of the traditional distinction between tailoring and dressmaking. Many dressmakers today offer tailored garments.

However, in many Parisian couture houses the tailoring and dressmaking sections are often still quite distinct, reflecting the difference in skills and tradition behind them.

In another continuation of tradition many men's tailors continue to offer bespoke tailoring to women as well. The term "bespoke" is preferred when describing tailoring for women, rather than "couture" because "un couturier" in French means a "dressmaker". It is also a reflection of history, because whereas Paris is the traditional centre of dressmaking, London is the traditional centre of men's tailoring. In general, the British term "bespoke" is preferred to "couture" when discussing all high end tailoring.

How to measure for a petticoat / underskirt

Ravistailor - How to Measure Coat Length